A downloadable game for Windows

Heroes of Shaola is a role-playing game that blends epic fantasy and medieval realism, set in a corrupt world where moral ambiguity reigns. Shattering the line between good and evil, the game emphasizes story and characters while incorporating a nostalgic, classic and user-friendly gameplay system.

In a time of chaos and corruption, mighty forces clash behind the scenes in a struggle for power and influence. A young paladin tries to survive in a dark world filled with compelling actions, drama and political incorrectness while opposing factions do their best to outwit each other.

Zenman Empire is the largest nation in the world. It is located in the central region and surrounded by the bloodthirsty Martia Kingdom (formerly the Martia Tribes) in the north, the deceptively powerful Amazail Kingdom in the south, and the unpredictable House Lagidis in the west.

Each year, the vassal factions must pay a tribute with gifts, weapons, women, and gold to the Zenman Empire.

Its capital city, Zalumi, has been protected by the four most powerful noble families. Those four families are the Sutherlands, the Pantelakos, the Totens, and the Rileys.

One morning, Leonardo, the only child of the Sutherlands, was nowhere to be found. His mysterious disappearance shocked the nation.

Meanwhile, in the north, the Martia Kingdom has been staring at Zalumi for years. The Amazailians are also lurking around from the south.

Both are growing tired of being a vassal nation. They are tiring of paying tributes to the Zenman Empire.

They have been watching Zalumi like a hawk, waiting for a chance to take action.

Sources from Iron Eagle, the mysterious organization from the Zuda Kingdom, revealed that Martia and Amazail have been trying to form an alliance.

The once great Zenman Empire is suddenly facing two big threats from the north and south.

In order to download this game you must purchase it at or above the minimum price of $0.99 USD. Your purchase comes with a Steam key. You will get access to the following files:

I enjoyed it. Really interesting story and the graphic style is fantastic.

Just a Game of Thrones and Lord of the Rings wannabe. Not recommended!

Hey, I've found a bug/exploit in the current version of the game:

When you talk with the quiz wizard that you meet in the Tournament Area at night, he immediately gives you 99999 gold points. If you choose to take the quiz he properly charges you 900 gp, but if you decline or fail and then talk to the wizard again, he gives you another 99999 gp. Thus, if you keep talking to him and declining taking the test you can virtually get infinite money.

I mean, I know that these wizards are supposed to be eccentric and whatnot, but I'd venture that this is not intended.

On another note, a very nice game, I must say. An engaging story and a satisfying power progression. I'm really enjoying it so far.

Thank you for reporting the bug. We'll look into it and fix it. :)

Thank you for your quick response and assistance. And again, congratulations for a very beautiful game.

After meeting the quiz wizard (which was after the cutscene of the meeting with Elene) I noticed when returning to the inn that the yellow arrow that pointed to the Elene meeting area was still present, so I went there and then something funny happened: it all looked like the begining of the Elene meeting cutscene (Elene was there looking towards the water and Leonardo wasn't in the scene yet) but it didn't advance at all. I thought that the game was frozen, but after seeing that I could enter the menu and seemingly move the "camera", I soon understood that what happened is that Leonardo's sprite had disappeared; I was just controlling a "disembodied" Leonardo.

I also tested playing like this: you can't interact with "frozen" Elene, but you can talk to the innkeeper and go to bed as usual to progress the story (as long as you manage to navigate through scenery obstacles while invisible), and only after the Luna cutscene and battle Leonardo becomes visible again. I also found out that if you enter the Tournament Area just before the Luna cutscene you can't return to the main map at all, but I don't really know if that's related to Leonardo being invisible or if it's a bug on its own.

We'll look at it thoroughly and fix it ASAP. Thank you, much appreciate! Glad you're enjoying the game. :)

It’s a fairly good CRPG with certain weak points. However these weak points dont subtract much from the experience so the end result is still a very fun and enjoyable game.

Effin awesome game. I recommend this to everyone who enjoys indie RPGs.

Really addictive game that got me hooked. It's all about story and exploration and discovery.

Interesting story and characters and worth every penny IMO especially if you're a fan of story-rich RPG and Zelda gameplay.

This is actually a great game. The story is actually surprising good for an indie game, better than many AAA games. The story doesn’t treat you like a little kid watching cartoon, good vs evil stuff, kill the boss and the end.

How do u get the rhyna ending?

The endings really just depend on your choices during gameplay. :)

Great game in many aspects but i think it's a little unbalanced.

Tried the demo! Loved it so far. Good fun and easy to play.

Things warming up after the intro and tutorial. Fast paced RPG and it’s fun

So many badass characters in this game. I love watching Leonardo improves from a victim into a badass fighter. The graphics are admittedly a little dated but I find that charming in an age where everything is either hyper realistic or 1980s arcade retro. The story and the music is where this game really draws you in.

As a Visual Novels fan I absolutely LOVE this RPG !

I loved this game. The more I played the more it grew on me

I really liked this game. Well written and entertaining.

Got the game yesterday. Finished today. One of the best RPG experience I had. Required some patient . 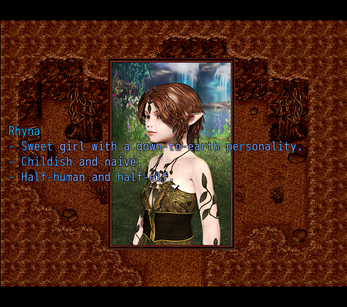 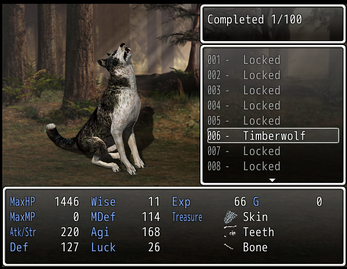 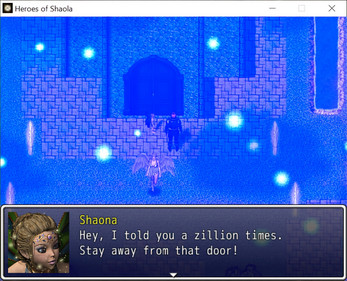 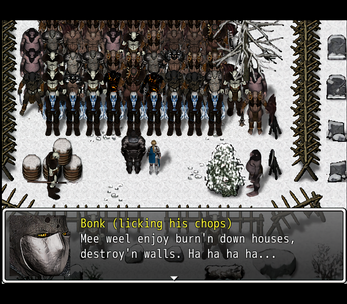 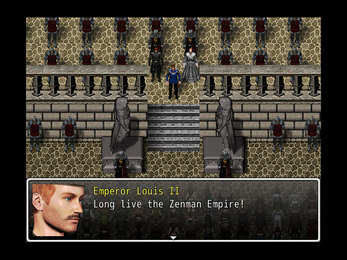